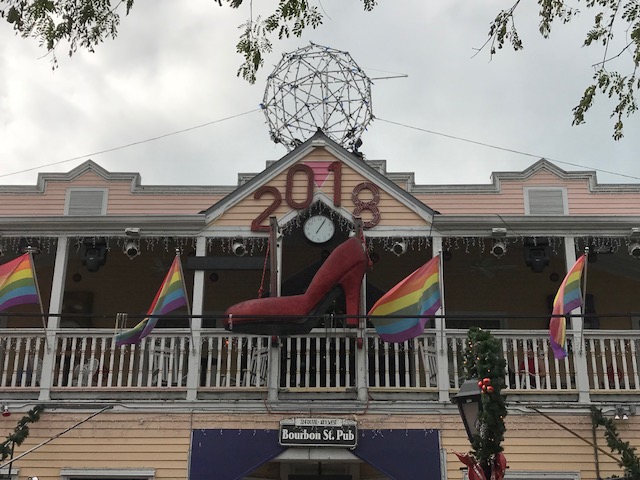 I think we’re getting old.

For the last five years, we’ve been heading to Key West the week after Christmas to spend some time in the sun, wind down the year, and get ready for the next.

Isn’t that something old people do?

Not that I would call us snowbirds as we’re only there for a week. And this was the first year where it was significantly colder in Texas than in Florida.

But this was the first year we were asked by everyone if our trip was still on. “Is Key West okay?”

After the hurricane, we watched like so many others to see what had happened in the Keys. What you saw of course was the devastation in Marathon.

Not that Key West didn’t have some issues. Trees down. Power out. Minor flooding.

Yet by the time we arrived (and even before), the cruise ships were dropping off hordes of people to wander Duval Street. Which means hearing an amazing array of languages passing you by as people headed to the Southernmost Point.

We did notice some shops and galleries from the past had gone away. And some new ones taking up residence. Another candy shop opened on Duval. Disastrous for those of us with a sweet tooth. (Good news for my dentist!)

And the hurricane certainly didn’t affect Christmas or New Year’s at all. La te da Guest House had the full-on Christmas display going, as did a lot of the houses around the island.

And the big red pump was ready to drop Sushi on New Year’s Eve like clockwork.

So the snowbirds were able to do the usual. Eat, drink, and sleep. Then rinse and repeat.

And of course, make our reservations for next year.