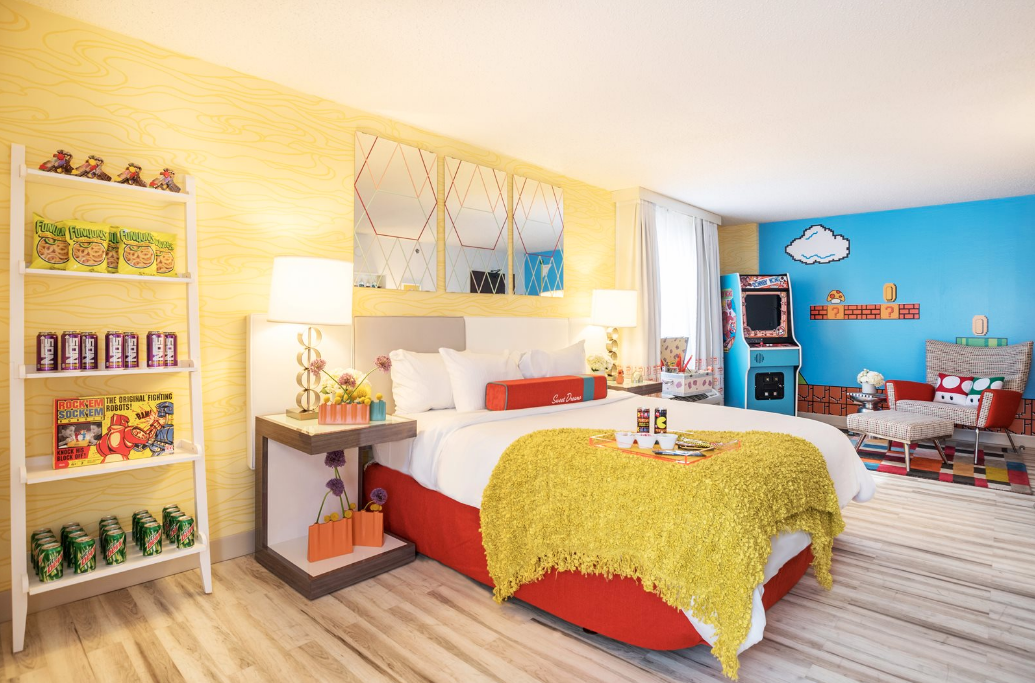 I don’t think I travel a lot. I’m certainly not in the realm of those who travel every week for work. But every year I start adding things up and realize I’m moving around a lot more than I think.

(As I type this I’m thinking “How many trips have I gone on this year?” So far only three with two more to go.)

And while I don’t travel enough to get the types of perks some do, every once in awhile, I’ll have a nice surprise where I stay. One year was the cushy bed and glitzy bath at the Ritz Carlton in Philly. (Thanks to James’ corporate rate!) Another the funky bed and breakfast in Chelsea that put us in the heart of gay New York. This year we snagged a balcony in New Orleans that provided the perfect vantage point to watch the Southern Decadence parade without being in the sea of spectators.

However, I’m more likely to find myself (and sometimes James too) staying somewhere that’s a little more quirk than perk.

Around this time last year, I was recounting my stay at the W in Chicago with the bedside table/lamp/stripper pole. Definitely more quirk less perk. At least until this year.

The conference at the W last year was held in Denver this past August. Not to be outdone by the W, the host hotel this year was themed.

Every floor had a movie/TV/entertainment theme. I was on the TV floor. Then below mine were Sci-Fi, Chick Flick, and Comedy just to name a few. Luckily the theme didn’t extend into my actual room. (Although there was that option: check it) However, the elevator was a different story.

At every floor, there wasn’t a ding! you associate with an elevator stopping and opening. Instead, the speaker announced the floor theme with some sort of background noise associated with said theme. And did I mention it did this every time you stopped at a floor?

But then I stopped myself and realized this was the smallest of quirks when it came to a hotel room. Our first year in Key West found us in a room next to the resort laundry. Which meant by 9:00 each morning the washers and dryers were going full bore, and the water pressure in the shower was basically a dribble.

Suffice to say, the following year we picked a different room. You know. The one in what used to be an attic, where you bumped your head when you get out of bed if you weren’t careful.

Definitely not a perk.