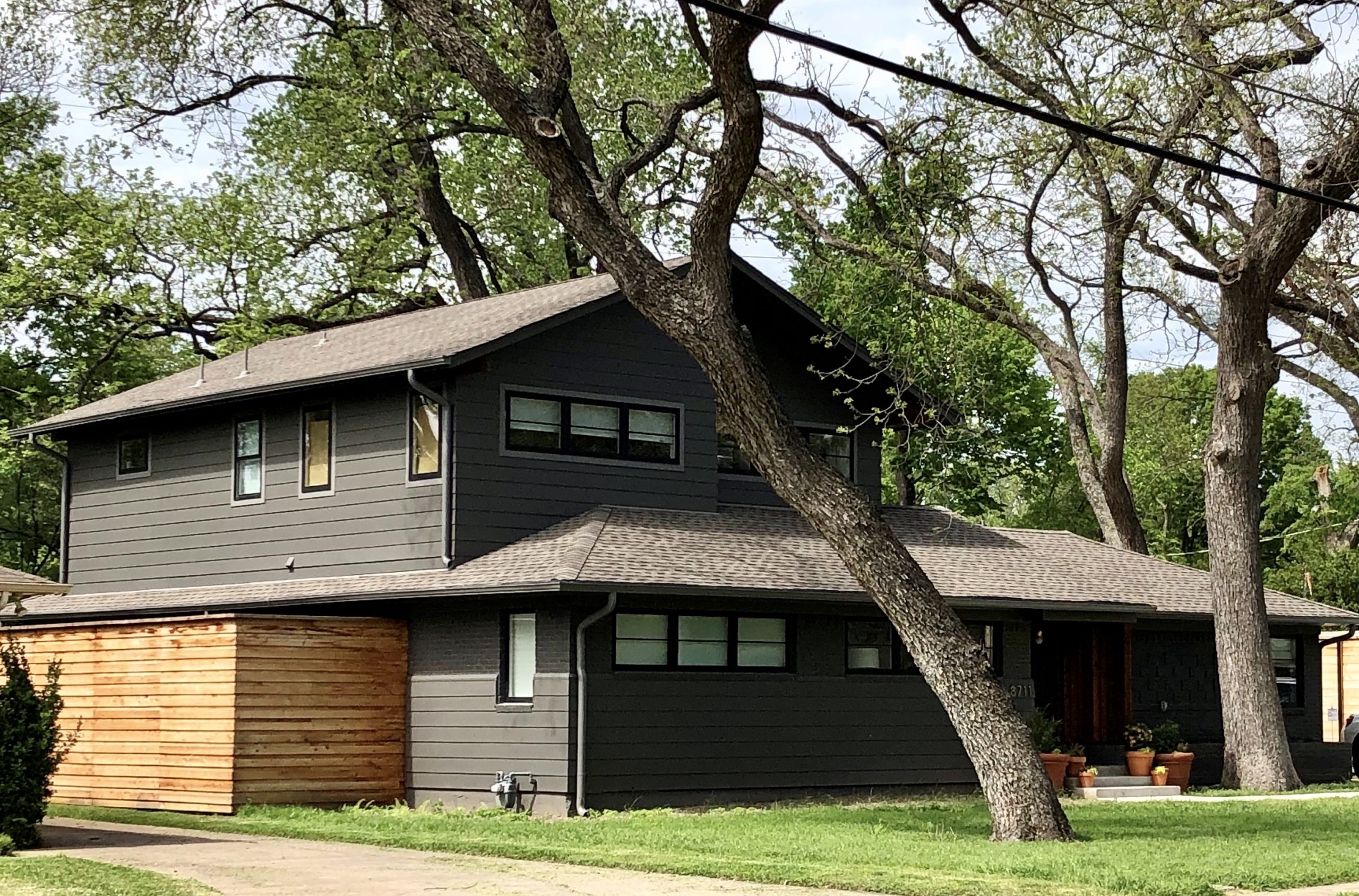 One benefit of being pretty much stuck inside all day is that I find myself outside walking through the neighborhood. Which means I’m actually walking and not just pretending I walk.

James has been doing the same and came home one afternoon to ask if I’d been down a street a couple of blocks over. Of course I hadn’t. It’s not a street I would typically drive down either going or coming much less walk down. And even less now that the car stays in the garage.

But he piqued my curiosity, because he couldn’t help but comment on the bad additions on this one particular street. Which meant as we were leaving for our next walk, I knew exactly which direction we were heading.

I wasn’t sure what to expect as we turned the corner. Taste is subjective, and after being married to me for nearly 25 years, James takes notice of more than most spouses probably would. Part of the hazard of being married to an architect.

And he was right. There were some bad additions. Some new. Some old. And things you might not notice driving down the street. But take a stroll and you’ll start to notice.

There’s the house with what I would consider a carport room. And no, they didn’t just fill in the carport (not that I haven’t seen that time and time again). Instead they decided the extra space they needed would go right on top of the carport.

Giant second floor boxes make me crazy anyways, and in any neighborhood, you’ll see them. But they’re usually over a garage. Like some square alien ship dropped out of the sky and landed on the garage. Instead the owner placed theirs in front of the house, sitting on some very spindly legs. I should be impressed the legs haven’t given way. Yet.

Then a little further down someone had added a second story with a wrap around balcony. And from the looks had done that some time ago – the wood rail and balusters leaning slightly away. I could only look and think how nice this would look on a beach. Except we’re not on one.

However, in the middle of the block, redemption. Someone thought about what they were doing, and maybe hired an architect.

Instead of resting directly on top of the first-floor structure, the addition was pushed back and to the left, with the street-facing façade split to minimize the scale of the second floor. Windows upstairs matched windows downstairs and for once, weren’t white. Different exterior finishes instead of a monotonous wall of siding. They even went so far as to change part of the first-floor exterior to bring the old together with the new.

A little bit of heaven in the middle of the walk of shame.

Now when I go out, I try to head down a street I haven’t been down in some time, looking for what’s changed, for either better or worse. Yesterday I walked past one house we had looked at prior to buying ours. And were too scared of to tackle. Except someone has done a great job of redemption to the point I want to see what they did on the interior.

So maybe not so much a walk of shame. Other than the fact I didn’t do this earlier.