Not Just A Movie 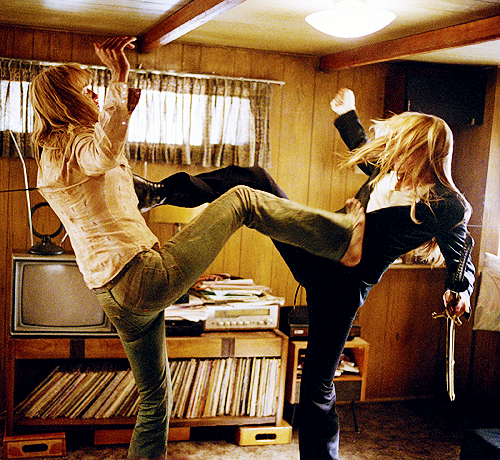 James and I have succumbed to binge watching. Call it a side-effect of being indoors so much. I was always amazed when people said they were doing that. How did you have the time? I just could not imagine.

Yet here we are. Sitting on the sofa. Not only binge watching but re-watching what we just binged. Who does that?

Um…that would be me. The architect who does the same with movies.

Admittedly, the first time I watch a movie I watch because I’m intrigued by the story. Or maybe it’s a sequel and I’m curious how they’ve followed up. Or sometimes I just need something mindless I can escape in even though I’m not expecting a cinematic masterpiece. Nothing wrong with just having fun.

However, after watching the first time (and the next and the next), how I look at the movie starts to change. I may still follow the story, but I’m just as likely to be paying attention to each scene. The way the camera moves through a shot. How the scene was staged. Or even how the story is stitched together. Some of my favorite movies are favorites because I’m impressed with how the story is told – great cinema or not.

And I believe I approach movies this way because I am an architect.

Last fall, for unknown reasons, Showtime was running both volumes of Kill Bill on what felt like a loop. If you haven’t seen it, I highly recommend you do so. Incredibly well done at every level – if you can get past some of the gore.

Very rarely do I catch the beginning or end of either volume. Which is fine for me, because there are two scenes that simply fascinate me, and if I’m lucky, that’s where I come in. Oddly enough, what fascinates me isn’t the story at this point but how the scenes themselves are designed and staged.

An architect had to be involved.

Towards the end of Vol. 1, Uma Thurman (who knew she’d be such a bad ass?) confronts Lucy Liu’s O-ren Ishii not in the bar sprayed with the blood of O’ren’s bodyguards, but in a Zen garden located in the same structure. And the difference between the two locations is almost jarring. The garden is quiet, dim and covered in snow. The only sound being made is the water flowing through a fountain. And of course, the sound of the two characters fighting one another with swords.

Granted, the crew probably made multiple mobile homes to get the shots they needed. Some as whole units, and some with cutaway sections for filming purposes. But the ensuing destruction caused by the fighting could not be any better, right up to moment where Uma Thurman tells Elle Driver (Daryl Hannah): “Bitch. You don’t have a future.”

As architects, we tend to define ourselves by the architecture we design. And it’s easy to forget that not all of us design high rises, or hospitals, or schools. Some of us create stained glass windows. Some of us design furniture.

And some of us get to design the mobile home where Uma Thurman plucks out Elle Driver’s remaining good eye. Right before squishing it between her toes.