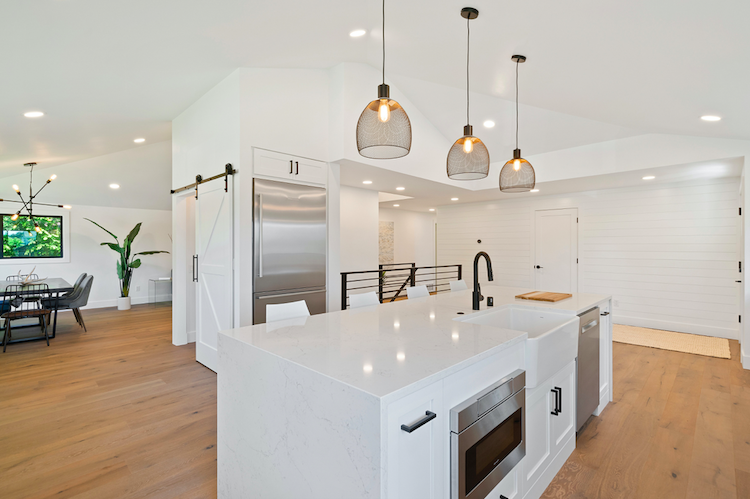 Not really. But I did find myself losing track of the days last week. What would make me think Monday was Tuesday? Although with the change in routines and living arrangements, I don’t think that’s too hard for any of us to do.

You’re home. Your spouse is home. Your kids are home. Everybody is home.

Which has me wondering: How’s that open concept plan working out?

Someone asked me recently what I thought the design trend might be for this year. In the past we’ve seen chef’s kitchens, spa baths, and even man caves. And of course, the ever-enduring open concept. You can’t throw a stone without someone on a home improvement show ripping out walls to create a single space.

I’m not sure who is responsible for this idea. Did Le Corbusier send us down this road with the open plan at Villa Savoye? Was it an evolution from mid-century modern? Or is this really a more recent phenomenon as suggested by Kate Wagner in an article she wrote for CityLab?

(Personally, I blame the Property Brothers and HGTV. But we’ll save that for a later date.)

However, no matter where or how the idea took off, how many homeowners are looking at their combined kitchen/living/dining and having second thoughts?

Full disclosure – I’m not opposed to the idea of open concept, and part of me is drawn to a more formal arrangement of spaces. But I am opposed to the idea that an open concept program is for everyone. I remember seeing a homeowner on one of the HGTV programs push back on completely opening their dining area to the kitchen. They knew that wasn’t the answer for them, and for once, the designer had to back down.

Yet as restrictions start to ease and we are able to separate more, will we go back to enjoying the open concept idea? Or will we recognize the need for more separated spaces? Perhaps that’s the trend in the coming year.